Year 8 L4L students and Year 9 Historians have spent the afternoon in the company of holocaust survivor Henry Schachter. Henri discussed many of the complexities of war, some of them well known and others very personal.

Students and staff alike were captivated by Henry’s story, and we’re extremely grateful to him for taking the time to engage with our students, and share with us his knowledge and experiences.

Here’s a brief overview of Henry’s extraordinary life so far:

Henry was born Ariel Schechter on 6th March 1939. His parents Rubin and Pesel, were Polish, from Tarnów in south-eastern Poland, having moved there after the First World War. However, they were not keen to stay there because of a strong anti-semitic element within Polish society, and so they moved to Germany, thinking to find a more liberal attitude towards Jews there. Rubin set up a business selling women’s coats etc. and they had a comfortable middle-class life style, owning a flat and a car. Henry attended a local gymnasium, and the family felt very German and strongly assimilated, even though they had to hold Polish passports.

In 1939, Henry’s father looked at leaving Germany, to go to either Palestine or England, but this was becoming increasingly difficult with obstructive attitudes from the Nazis, and visas becoming impossible to procure. He started to feel trapped with nowhere to escape to.

Eventually, via contact with Henry’s aunt in Antwerp, a smuggler was found to take Pesel (and her new baby) through the Ardennes into Belgium. However, the man initially refused to take them because of fears that the baby’s crying would give them away. He returned with a pill to keep the baby quiet, they crossed the border and got to Brussels, where they were rejoined by Henry’s father, who had travelled to Poland to try to encourage his two sisters to leave.

The family had false papers, and were settled in for a few months before the Nazis invaded Belgium and Holland. Jews in those countries tried to flee, and Henry’s family headed for the coast towards a small port near Dunkirk. Along the way, their group was strafed in the road by Nazi fighter planes. His father was wounded, and returned to Brussels. Near Dunkirk, the Jews sought hiding places, and Pesel hid in a flat in a ruined building, but she could not stand the stress and terror of their situation alongside some 12 others crammed into one room. So she took Henry, and found another flat to rent, the first of many as they moved frequently to avoid being discovered by the Nazis. With the danger all around them, Pesel found an elderly couple, Mr. and Mrs. Deffet, to foster Henry in their rural home.

Henry remembers the last time he saw his mother was when she visited him there, bringing a cake for him to eat.

His father was arrested when Nazi guards came looking for Jews in his block and as he went out onto his balcony, someone in the street betrayed him by pointing at him there. He was taken to Malines (Mechelen) transit camp.

Both parents were deported to Auschwitz on May 19 1944. There they both survived, possibly in part because they spoke German, Pesel working in the camp kitchen, Rubin doing other work. With the approach of the Russians, they were then sent on a death march, Henry’s father was shot dead on the way to Flossenberg and his mother to Bergen-Belsen, where she died of typhus perhaps three days before liberation

Henry was brought up by the Deffets in a Catholic tradition, and remembers the cobbled streets of the town, and the dim streetlights. Although nobody knew exactly where he was, Henry does remember calling out “la guerre est finie” when liberation came to Belgium, and he relates a fateful incident when he was in the street one day. An uncle of his had caught a tram in Brussels to go somewhere, but realised he was heading in the wrong direction. So he alighted and crossed the street to catch a tram going the right way. At that moment, Henry saw him and thought it was his father and called out to him “Papa”. Henry was recognised and this chance meeting led, some 9 months after the liberation of Belgium, and with much paperwork filled in, to Henry’s being given passage to England.

In December 1945, Henry arrived to live with his grandfather in Stamford Hill, and by the age of 11, he had all but lost his spoken French, although he still spoke English with an accent. Eventually he went to the Jewish Carmel public school in Wallingford, and afterwards he entered the fashion business.

Henry married Veronica, and has two daughters, and he and Veronica now live in Bournemouth. 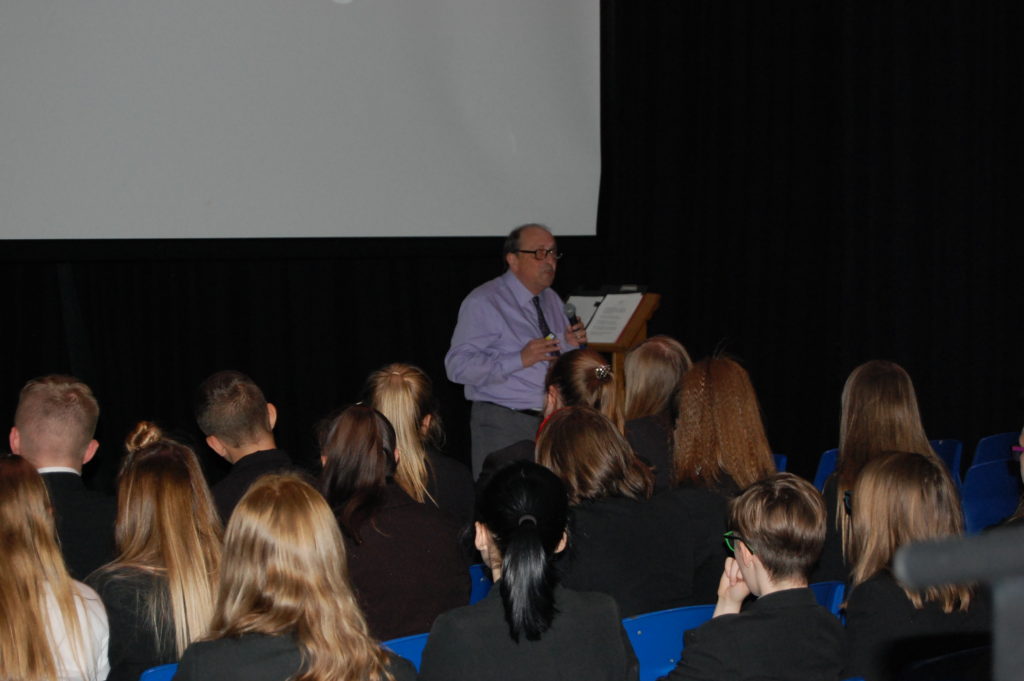 We'd love to hear from any of our former students who are currently working as Key Workers (Carers, NHS, Public Ser… https://t.co/5fvwLoslbZ
h J R